Thanks to their investment in a renovated water purification plant, there are now only five (instead of eight) liters of water needed to brew one liter of Westmalle. The technology used for this is based on membrane filtration. In 2011, the Trappist Brewery in Westmalle began using a new water purification plant with membrane technology, designed by Pantarein Water, a company which develops ecological water treatment systems.  Using membranes to purify water is a technology with long proven reliability, but which is not used by many businesses.  It is primarily the high cost of the preliminary study that holds back companies from investing in it.  In Westmalle, where profit maximization is not an end in itself, funds were budgetted for this purpose.

Thanks to this purification plant, they can now recycle one-third of their waste water to potable water.  This water is not used to brew more beer – that is still done the traditional way, using well water pumped up from 60 meters underground.  The purified water is used as rinse water for the other processes, with the result that they now use about five liters of water to brew one liter of beer.  In the past, they had needed eight liters of water for this.

Would you like to know more about the Westmalle Brewery? Surf to 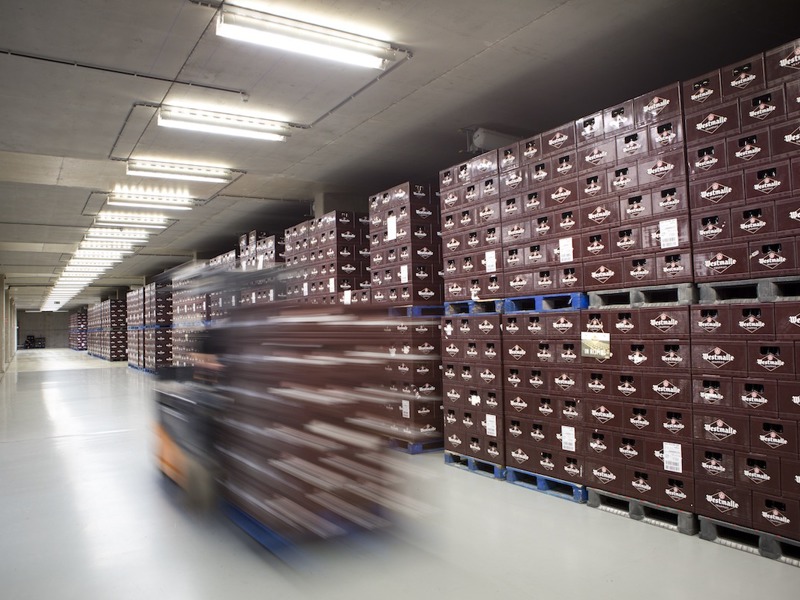